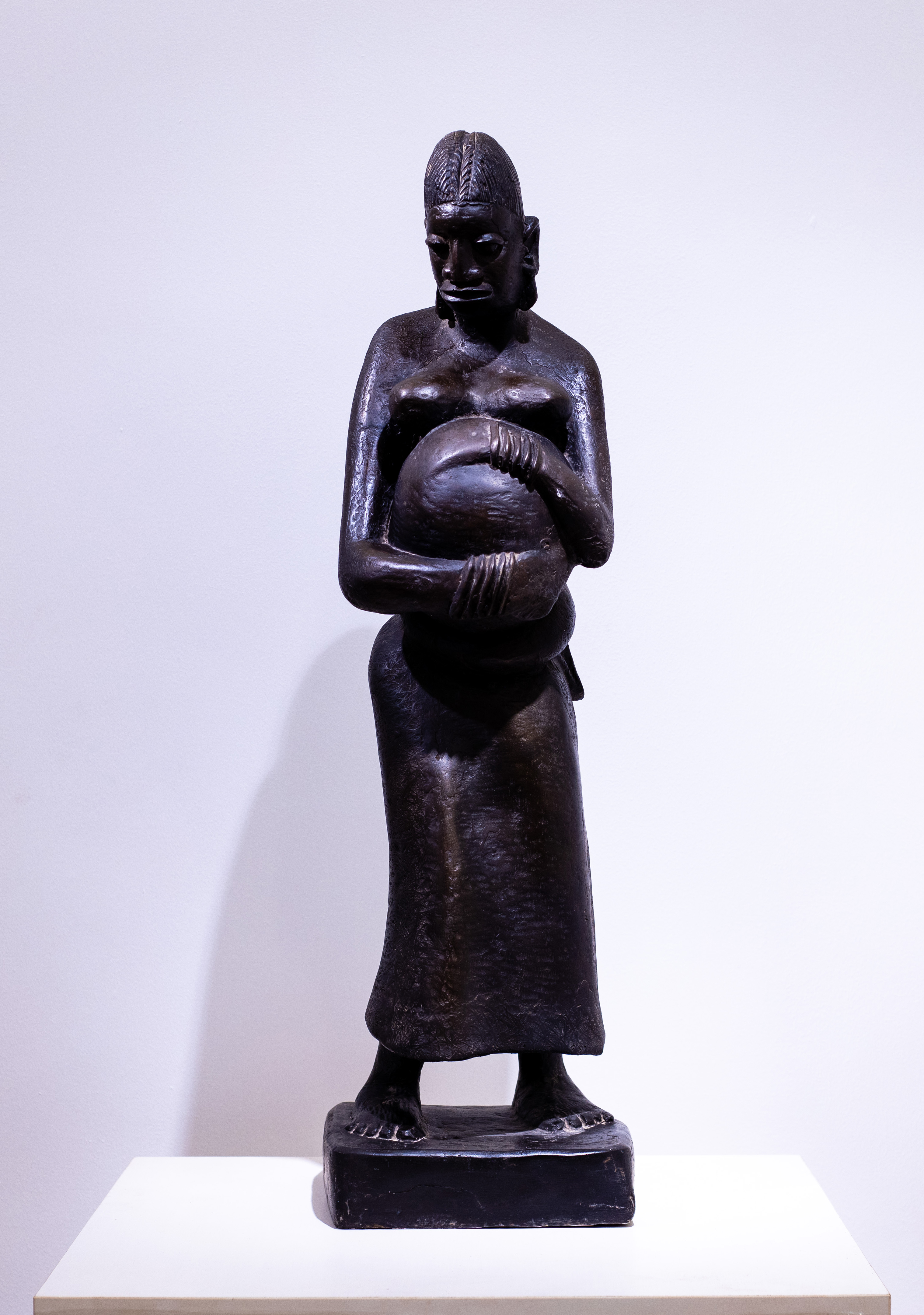 Bisi Fakeye (b.1942) at Ila-Orangun, Ekiti. A sixth-generation carver in the great Fakeye family of carvers, -Lamidi Fakeye being the best known

Bisi apprenticed under Uncle Lamidi. Although Bisi went through school up to teacher training college, he abandoned teaching for carving.

Moving to Lagos in 1968, Bisi interacted with formally trained artists, developed a more commercially based practice, and became part of the Lagos art scene.

After FESTAC 1977, he settled into the studios on the grounds of the National Theatre.