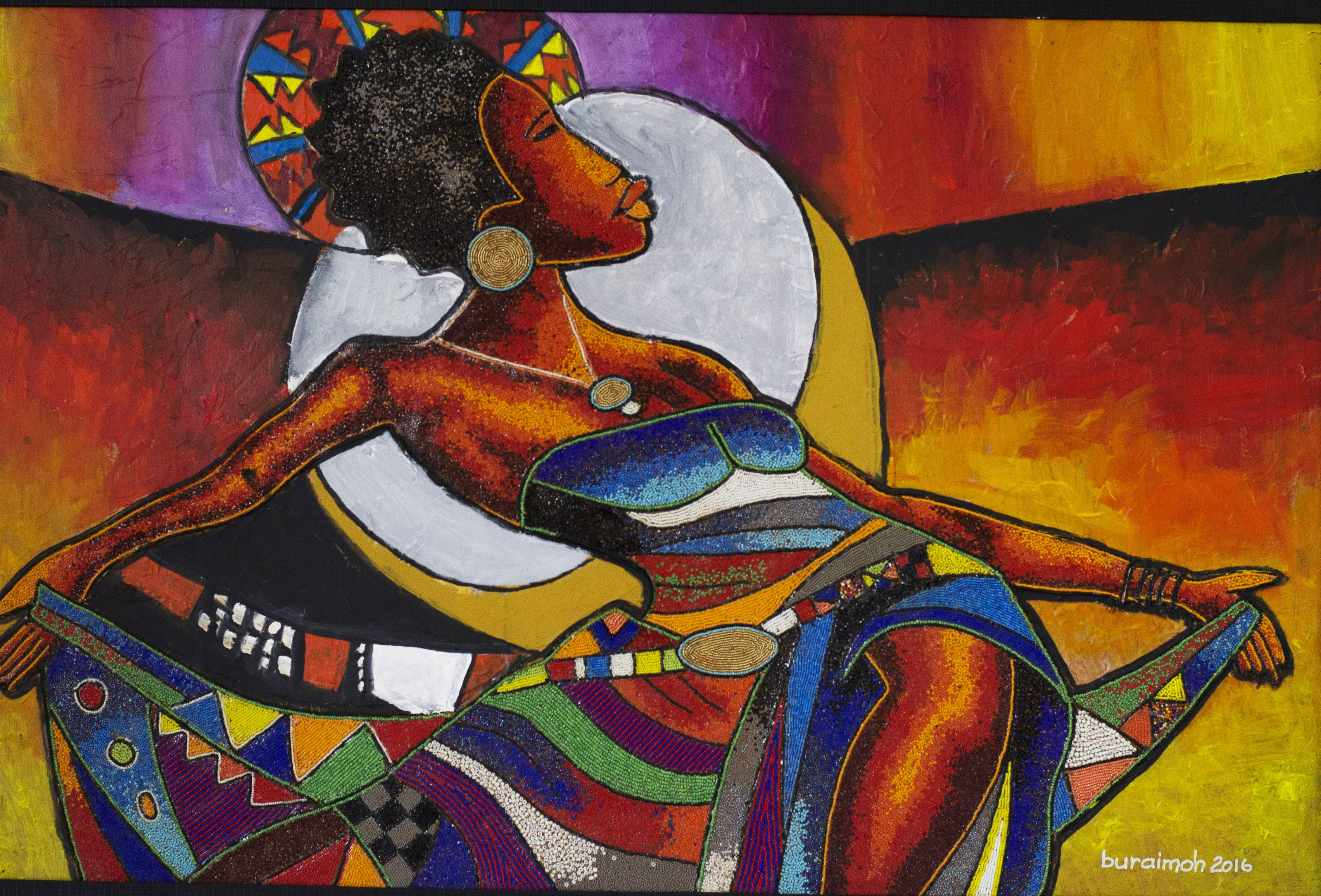 Chief Jimoh Buraimoh (b. 1943) in Osogbo as Jimoh Adetunji Buraimoh and popularly called J. B. by his friends and peers, is a Nigerian painter and artist.

Chief Buraimoh is one of the most influential artists to emerge from the 1960s workshops conducted by Ulli and Georgina Beier in Osogbo, Osun State, Nigeria. Since then, he has become one of the well-known artists from Osogbo.

Jimoh Buraimoh’s works merge Western media and Yoruba style and motif, credited for being Africa’s first head painter when in 1964, he made a contemporary art form inspired by the Yoruba tradition of incorporating beadwork designs into ceremonial fabrics and beaded crowns.

In 1972, he represented Nigeria in the First All African Trade Fair in Nairobi, Kenya. One of his famous paintings was presented at the World Festival of Black Arts. He was the first Nigerian to be awarded a membership in the Contemporary World Association of Mosaic Artists.

Jimoh’s works have been exhibited both at home and abroad. He is also an efficient teaching artist. In 1974, he taught at the Haystack Mountain School of Crafts in Maine. He also taught at the University of Bloomington and other schools in New York, Boston, and Los Angeles. 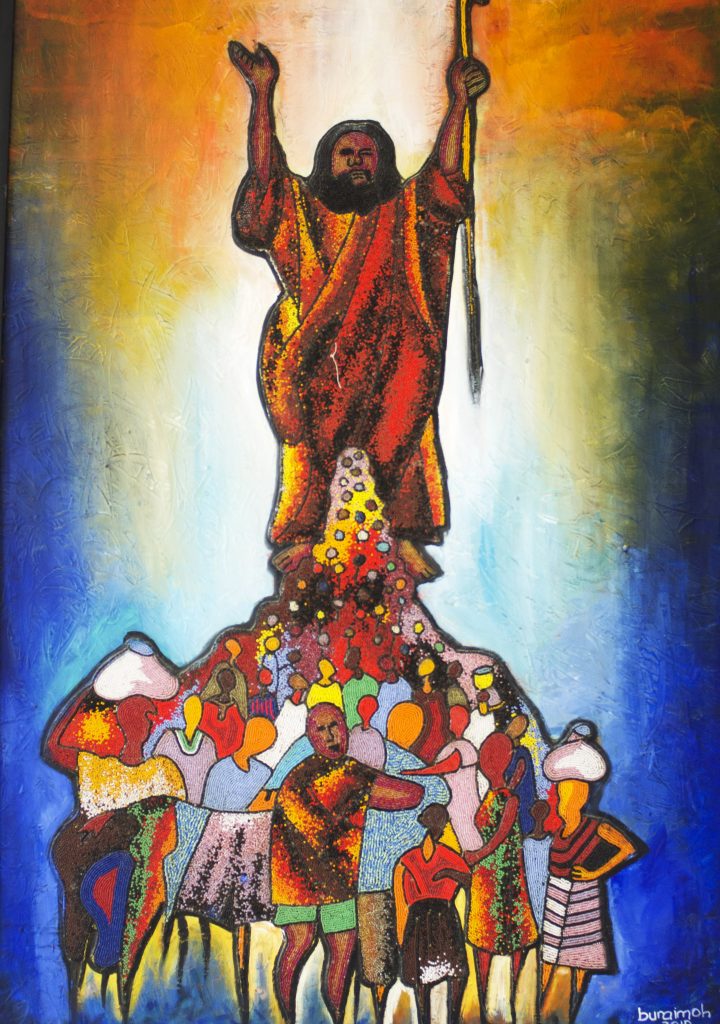