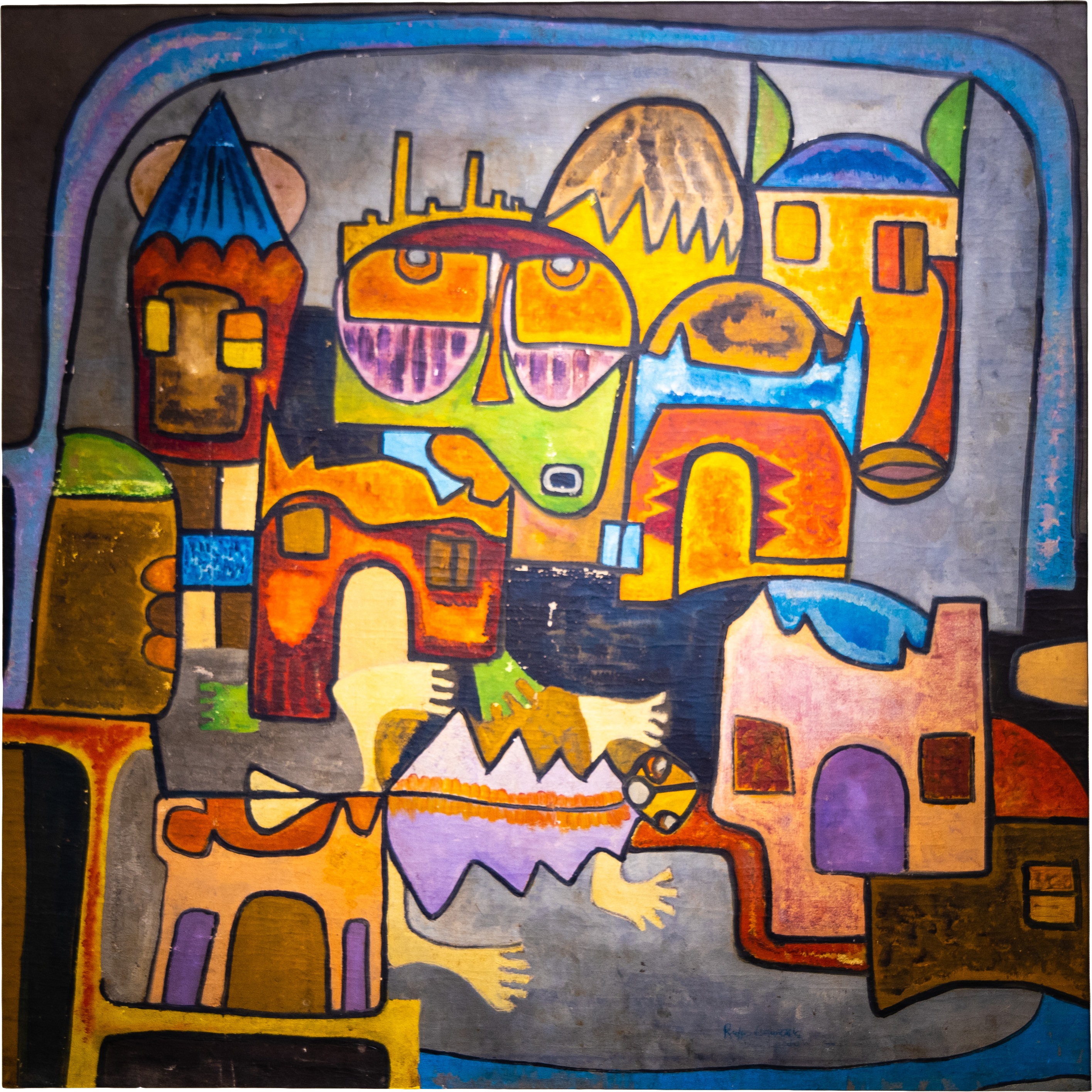 Rufus Ogundele (b.1963) in Oshogbo. He was one of the participants in the Dennis Williams workshop organized by Ulli and Georgina Beier.

From the beginning, Ogundele worked on a large scale. Initially using emulsion paint, later developing his skills as a printmaker (linocut technique) under the guidance of Georgina Beier.

Ogundele combined the European artistic techniques he developed under Williams and especially Beier’s tutelage, with the teachings of traditional Yoruba culture. His subject matter attests to his strong beliefs, which are rooted in Yoruba culture and life.

In 1968 he moved to Ife, Nigeria, where he assisted Solomon Wangboje in the Ori Olokun Centre and then became the co-founder of the Ogun Timehin Studios.

His works have been exhibited in Nigeria, the USA, U.K, Germany, Ghana, Kenya, Czechoslovakia, Canada, and Japan. In 1966-68, his works were shown in a Smithsonian Institution traveling exhibition, and at the Institute of Contemporary Art, London. 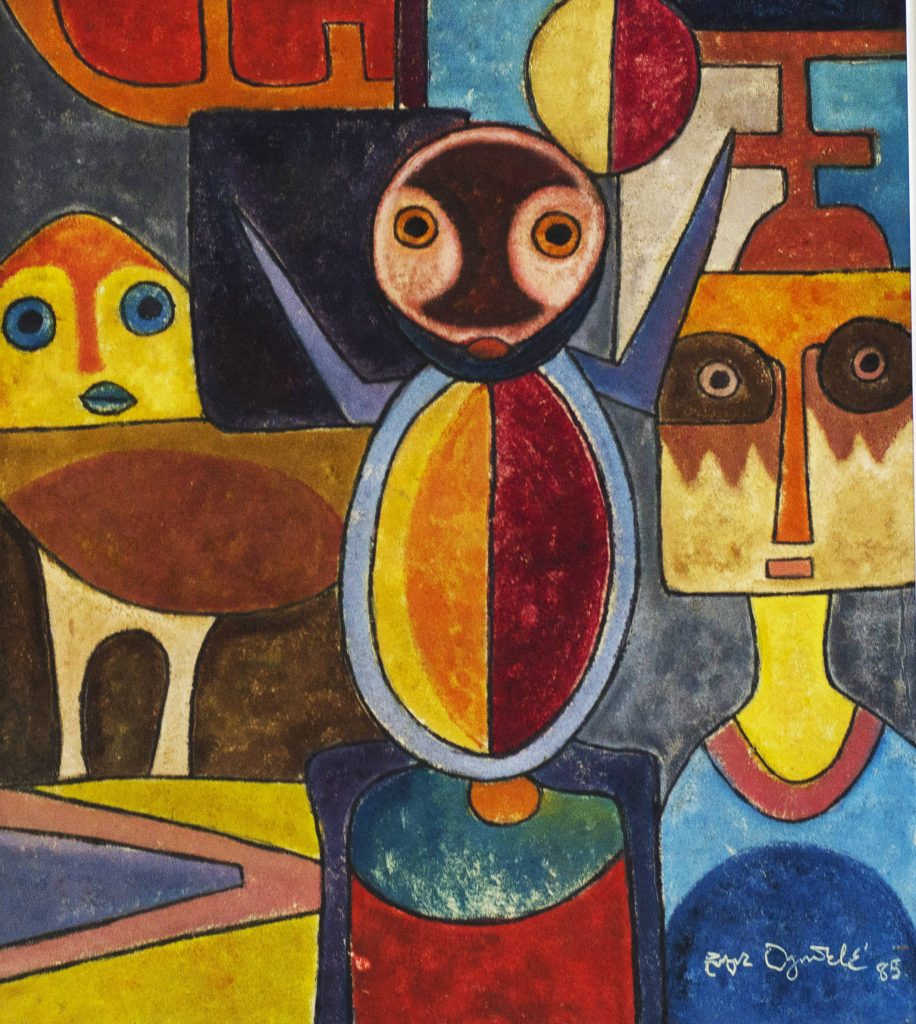