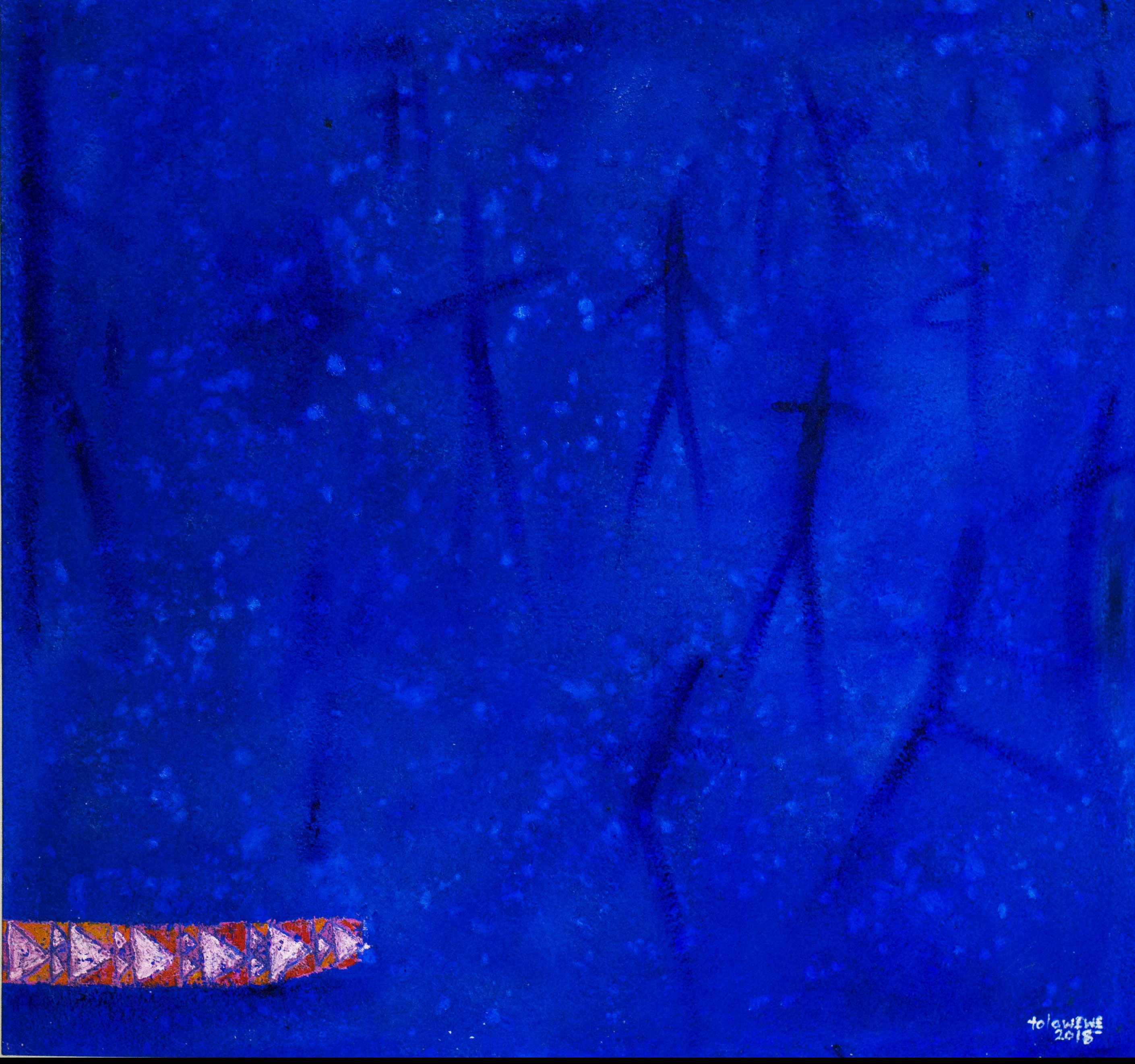 Tola Wewe (b. 1959) in Okitipupa, Ondo State, Nigeria, is considered one of the most talented minds from the African continent.

His works, widely acclaimed for their originality, simplicity, surface texture, and mastery of colors. A hybrid of African and western sensibilities and images, reflecting his training and experience as an international artist.
He trained and graduated with a degree in Fine Art from the University of Ife in 1983. He then went on to obtain a Master’s degree in African Visual Arts from the University of Ibadan, Oyo State, in 1986. Tola Wewe worked as a cartoonist before becoming a full-time studio artist in 1991.

During the early years of his career, three major influences characterized Tola Wewe’s works. The first was his basic academic training at Ife, the second his master’s research program in the Ijaw water spirit mask, and thirdly society – particularly the Yoruba society. His style draws from the Ona symbols of the Yoruba, and his themes project traditional lore and myths of his native Yoruba culture.

His work, defiant of classification, silently grows on viewers, blending with their moods, simultaneously taking their minds to strange and familiar colorful places full of false nostalgia. (Moyo Okediji, University of Colorado).
Tola Wewe is a founding member of the Ona movement, which emerged in February 1989. A movement comprised of scholars, critics, and practicing artists committed to pursuing artistic excellence through the adaptation and interpretation of traditional materials & methods, forms & styles of contemporary Yoruba art and design. 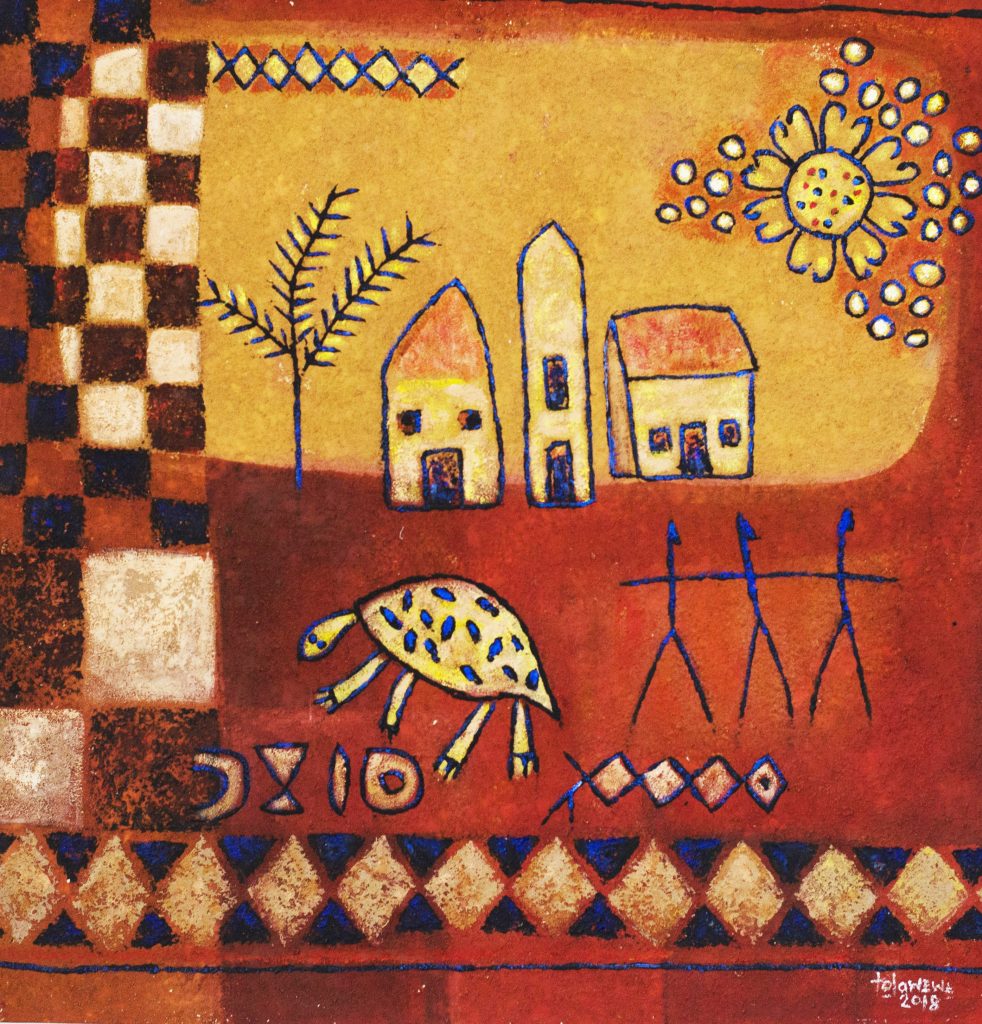