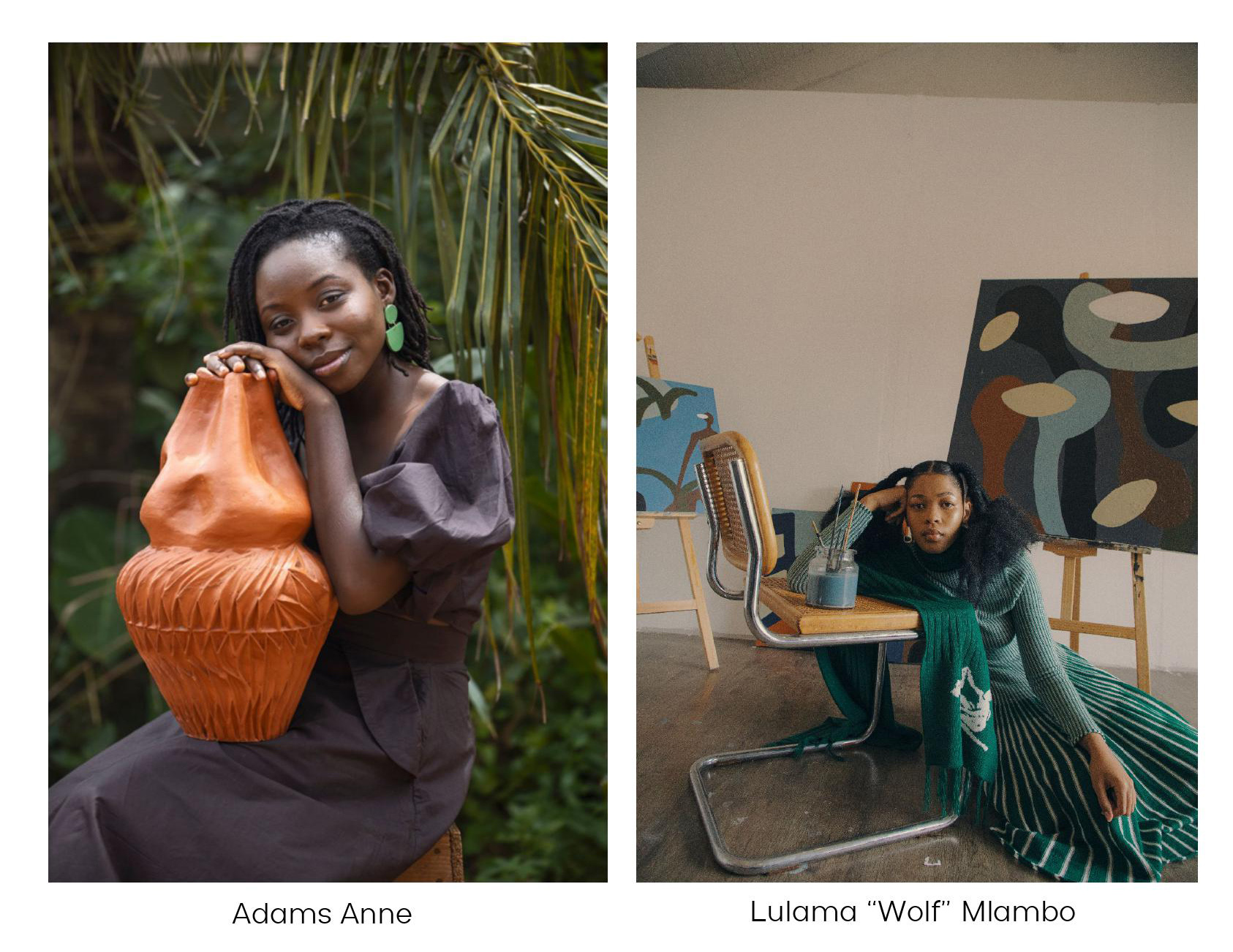 Affinity Art Gallery is pleased to present A Vernacular Homage to Architecture and Design in collaboration with Undiscovered Canvas, a boutique art agency based on the French Riviera, featuring sculptural and installation works by Nigerian artist Adams Anne alongside paintings by South African artist Lulama ‘Wolf’ Mlambo.

Exhibition Details
A Vernacular Homage to Architecture and Design

The term vernacular refers to the language or dialect spoken by people in a particular country or region. In art, it forms a wide range of designs, from ordinary objects to unique motifs specific to particular regions.

The exhibition, A vernacular homage to architecture and design, is dedicated to this phenomenon: highlighting the specificities of regional art and the importance of traditional principles and design in contemporary art. It references the importance of traditional principles and design, which in essence connect with the notion of sustainability: works produced with consideration for their wider impact, and their reception in relation to social, historical, and cultural environments. This notion of sustainability is central to local craftsmanship, the use of materials like clay, sand, and thatch having emerged from the ambient natural and cultural environment to create optimum relationships between people and their place. In this sense, sustainability and preservation of cultural identity are complementary.

Using vernacular techniques and textures, recurrent patterns, hues, and grooves in her ceramics, Anne Adams tells stories. The use of symmetry in her works is an operational and harmonious display of interactions with balance and indigenous design. Her works are intimate, familiar, and descriptive, encompassing materiality and questioning the self, origins, and belonging.

The twelve-ceramic works and installation titled “web of time,” together presented in this exhibition, are deeply rooted in the elements of symbolism perceptible in practices of Nsibidi and Mbari and the work of the Bwari people of Abuja.

Nsibidi, an indigenous form of writing, originated from the south-eastern part of Nigeria. Nsibidi symbols and pictograms can be seen on some of Adams’ works. These early forms of writing systems appeared on excavated pottery as well as ceramic stools and headrests from Calabar. It was also used to decorate the skin, calabashes, sculptures, and clothing items, as well as to communicate messages on houses.

The Women of Bwari have a history of making ceramics dating back to the 1950s. One of them, Ladi Kwali, a pioneer of modern pottery in Nigeria (1925 – 1984), built by hand, which is similar to the technique Adams later adopted. During a studio visit with Adams, she made references to the specific tools she uses, which look like wild, black seeds covered with small spikes. These give some of the ceramics their textures and are now part of the cultural collection of the Bwari women.

Mbari is a visual art form practiced by the Igbo people of Southeast Nigeria, a process of rebuilding a sacred two-story house as a ritual to honor their god, Ala. The house that was built, operated as a gift of atonement and a representation of abundance and harmony.

Vernacular architecture is also a principal theme in Lulama’s work, exploring the human condition in imaginative and stylized ways. Lulama interrogates the pre-colonial African experience through the contemporary mind by studying the patterns similar to that of the women of the South African Ndebele tribe in decorating homes. The patterns communicated on the walls of their homes expressed continuity and cultural resistance to their circumstances, following the loss of the war in the autumn of 1883. This was a channel generated by the people to express their emotions.

Lulama’s approach to her new body of works “Remaining Vernacular” is reminiscent of the textures, patterns, colour, and character of these South African modes of communication. There are seventeen works included in this exhibition with common themes that reflect a deep connection between the artist and her environment.

Lulama explores formlessness in the way the figures are presented: abstract and performative rather than explanatory. In Fudulama, which translates to Be warm, two abstract human forms are depicted sitting intertwined on a couch, to evoke rest. Earthy and vibrant tones accompanied with the use of sand contribute to the texture and character of her work.

In the present day, the transition towards digital societies, new meanings, agendas, and challenges have been incorporated into worldwide discussions. The need for vernacular art in this new framework addresses issues such as loss of cultural identity, deterritorialization, unsustainable development, and decreasing resilience which are now part of our lived experiences.